Who will make the difference? Messi or Lewandowski? 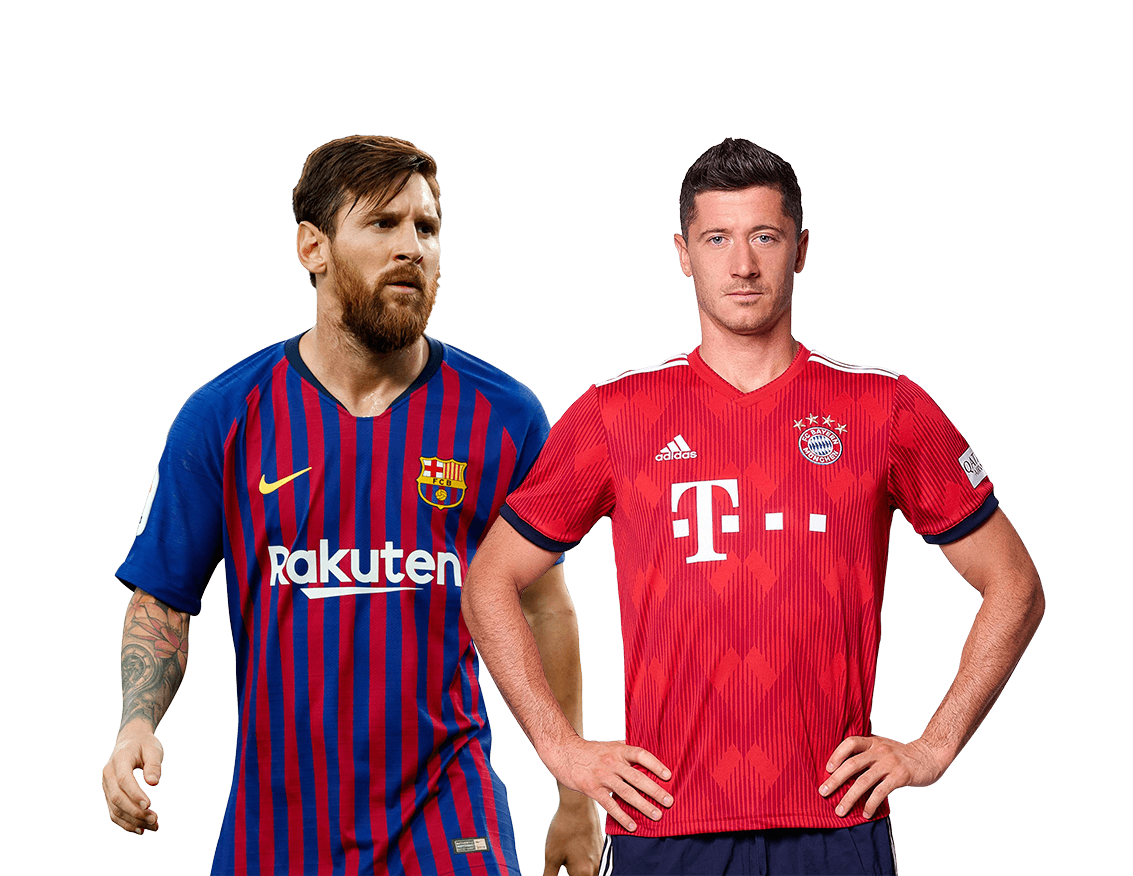 The two giants of world football collide on Friday, Messi vs Lewandowski, but who is the better among the two? Who will make the mark in the game which would knock the other out? At 1vs1 we have all the data to determine it!

Leo Messi is arguably the Greatest of All Time, he’s just majestic, he plays the game and takes your breath away, he does things that you cannot seem to really understand, he denies logic and you just drop your jaws in awe, trying to re-wind and rethink, if he’s actually human?

Yes, he’s human but he isn’t ordinary, and at the age he’s at (33) he still plays the game like it was invented by him & for him.Barcelona’s game runs through him & by him, he’s everywhere and doing everything, he makes them tick & single handedly gets them out of the games where they look like they cannot get out.

Impossible goals is what Messi scores and his goal against Napoli was an example of that, a much needed Barca goal and he delivered to break Napoli’s spirits.

Messi (33 y/o), equaled the all-time assists record for most assists in La Liga and he also equaled Thierry Henry’s record of (20+) goals & (20+) assists in a single season, this season. The Majestic Messi keeps carrying his team, leading from the front with an xG (0.67) &xA (0.59) per game, meaning his probability of scoring for his team (67%) each game whereas assisting in each game at (59%). If you take away his direct contribution of goals(45)⚽ from Barcelona in La Liga, we’d see Barcelona mid-table, as they have only scored (86)⚽. You can do the easy math as Atletico, Sevilla& Villarreal have all score 50+ goals. Messi became the ultimate hybrid this season- scoring & assisting because this was needed by Barcelona more than anything and he delivered in the most Messi-esque fashion. A conversion of shots to goal (14.67%) & conversion of shots inside the box (37.5%) made him Barcelona’s deadliest forward. (35%) of his passes in the game created danger whereas his xG goal chain (1.6) &xG build-up at (3.48) making him always involved in every goal Barcelona scores or scored. The pass progression value of Messi in-game stands at (80%) which is huge and that is why he accumulated these many assists- it clearly shows that he runs the game for Barcelona, and is involved for Barcelona going forward to attack.
(Pass progression value = ability of a player to bass in dangerous zones)

Lewandowski has always been one of the greatest strikers ever to grace the football pitch and has always been a prolific goal scorer but thisseason at the age of (31) for Bayern Munich, he is on a different playing field.The ultimate no.9, the most complete one and he has been doing that consistently for years, he doesn’t get pocketed by defenders, in fact, defenders get pocketed by him in a game. He doesn’t get cornered and he’s always there to pounce & score, no matter what. In the 2nd leg against Chelsea in the Round of 16, he not only scored twice but also assisted twice to make the game a thrashing of Chelsea (Aggregate 7-1)

• Lewandowski for Bayern in all competitions:

Best of the best give you more than you can imagine and Lewandowski offers more than just scoring- he makes passes in the game that create dangers for the opposition (48%) and his xG chain value as well as xG build-up for his team is (1.69) & (3.45). This explain you his importance in every goal Bayern scores or scored because he’s always involved in the play to create or score himself, at least 1 or 2 of his passes are involved in the chain value that leads to a goal for Bayern whereas in the build-up to the goal he makes 2-3 passes, at the very least, we have often seen him drop deep in the game and or play as a target man, it is for that purpose. Lewandowski contributed to (38)⚽ league goals for Bayern Munich where they actually scored (100)⚽, a free flowing team with a deadly no.9 who can rip through any defense in the world.

Messi or Lewandowski in the game of Giants?

Barcelona vs Bayern Munich have always been a classic, it’s the game where the last time these two met, Messi ended Boateng’s career and chipped over peak Neuer after his big words of showing Messi, “who the boss is”. Luckily, Neuer& Bayern have learned this time, more humble probably. One thing, we have learned from football is never to mess with Messi or Ronaldo, fact.

The numbers produced by Messi are World Class for any other player but for him they still fall short to his previous seasons but there are a lot factors involved, one being, Barcelona aren’t functioning properly and the problem has persisted for years to the point it fell apart this season for them. The team spirit & chemistry isn’t how it was supposed to be, Suarez & Griezman didn’t perform like they were expected, their midfield dilemma is another problem and overall there has been lack of creativity & urgency to score which has burdened Messi to do it all, this has also been the reason for La Liga going away from their grasp, when you compare Messi, this season to Lewandowski, right now, Lewandowski is in the prime position to make his mark in the Quarter Final along with nervousness of Barcelona in CL- (0.97) xG helps but as a team there’s parity and shared responsibility with everyone bringing a lot to the game when it comes to creating & scoring from different parts of the field. There’s a strong team spirit & collectiveness which has boosted Lewandowski’s performance to different levels compared to the GOAT’s who, according to his standards, have fallen a bit short.
You never know what happens in football until the final whistle but things are looking much better for Lewandowski & his team Bayern Munich.

Share this page on: POST TWEET Instagram Whatsapp SHARE
More News
5 Reasons Why Lyon has no chance against Bayern Munich in UCL Semi-Final…
At 1vs1 we have all the stats & data for you to go through, hence, we look into the big clash. Bayern...
Who scores the most difficult goals in French Ligue 1?
Kylian Mbappe, Pablo Martinez and Ignatius Ganago - here are our 3 heros with the most difficult goals...
Barcelona gegen Real Madrid - Kann Messias Messi Barca helfen, den Clasico zu gewinnen? Statistiken sagen, dass es eng wird…
Eine statistische Analyse von Daniel Craig, Chief Analyst bei 1vs1...
Comments
Franz
1 month ago
Lewa! He rocks!!!
Dean111
1 month ago
Messi is the best!!!