Peter Zombori
1 month ago
Lionel Messi is widely considered to be one of the best footballers in the world. He has achieved great success and has set numerous records throughout his career. Here are some of the greatest records and achievements of the Argentine superstar. 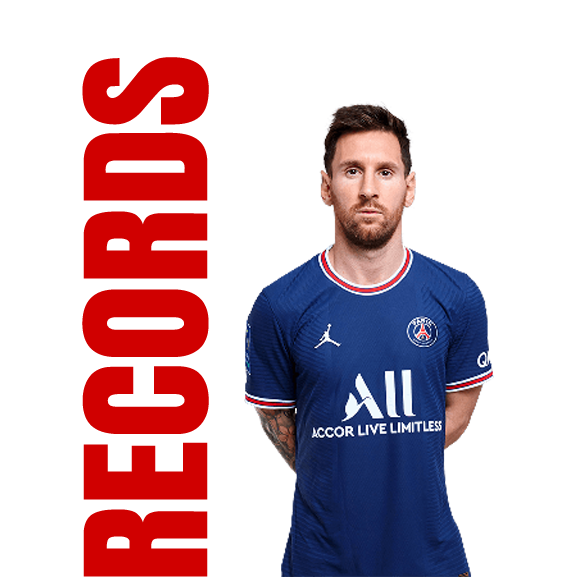 Most Goals in La Liga

One of Messi's greatest records is that he has scored the most goals in La Liga history. He has scored an incredible 438 goals in 488 appearances in the Spanish top-flight. This record is unlikely to be broken any time soon, as Messi is still at the top of his game.

Most Goals in a Season

Another great record of Messi is that he has scored the most goals in a single season of La Liga. He scored an astonishing 50 goals in the 2011/2012 season. This record has stood for over eight years, and is unlikely to be broken by any other player.

Messi also holds the record for most Ballon d'Ors, which is awarded to the best footballer of the year. He has won the award a total of six times, which is more than any other player.

Most Assists in a Season

Most Goals Scored in a Calendar Year

Messi also holds the record for most goals scored in a calendar year. He scored an incredible 91 goals in 2012, which is more than any other player has ever scored in a single year.

Lionel Messi is one of the greatest footballers of all time, and his records and achievements speak for themselves. He is a true legend of the game, and will be remembered for years to come. If you want to learn more about Messi, visit https://one-versus-one.com/en/players/Lionel-Andres-Messi